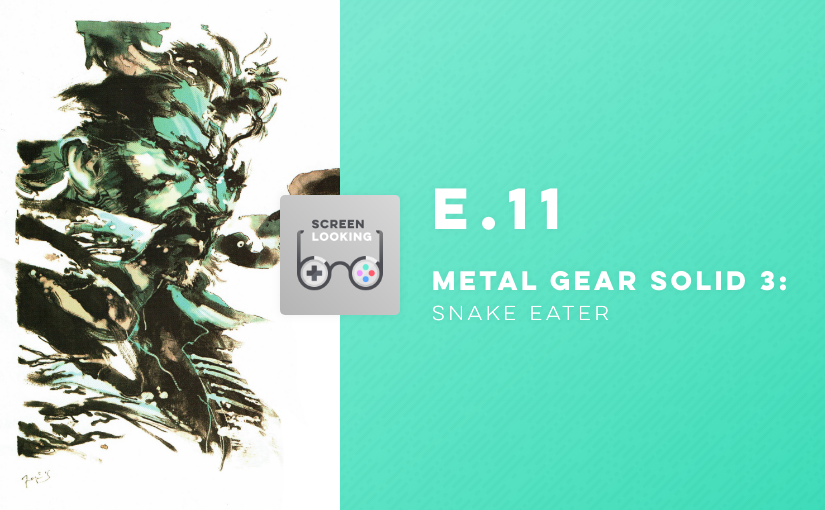 With a series as iconic and influential as Metal Gear Solid, where does one even begin? In today’s episode, we look to our friends for the answer: Metal Gear Solid 3: Snake Eater. For a game released in 2004, it offered an extreme level of detail in both its presentation and mechanics. But it also afforded players an unprecedented amount of choice. As such, it is widely considered the pinnacle of the franchise.

To better understand Metal Gear Solid 3‘s many poignant – at times hilarious – contradictions, Alex and I welcome two people who’ve never met to the show. Returning from E.5 is Ryan Ward, and we’re happy to introduce Al Pocci, one of Alex’s closest friends, to the Screen Looking podcast. What Ryan and Al share is a deep appreciation for all things Metal Gear, and they bring with them some fascinating perspectives to our conversation.

In Al’s words, “Metal Gear Solid 3 was the end of an era,” both for the series and video games at large. But what held the prequel together is also what generated some of its most entertaining points of friction. As we revisit what made Metal Gear Solid 3 work, we don’t shy away from Kojima’s more provocative messages, either. It might surprise you to discover how relevant it all remains, fifteen years later.