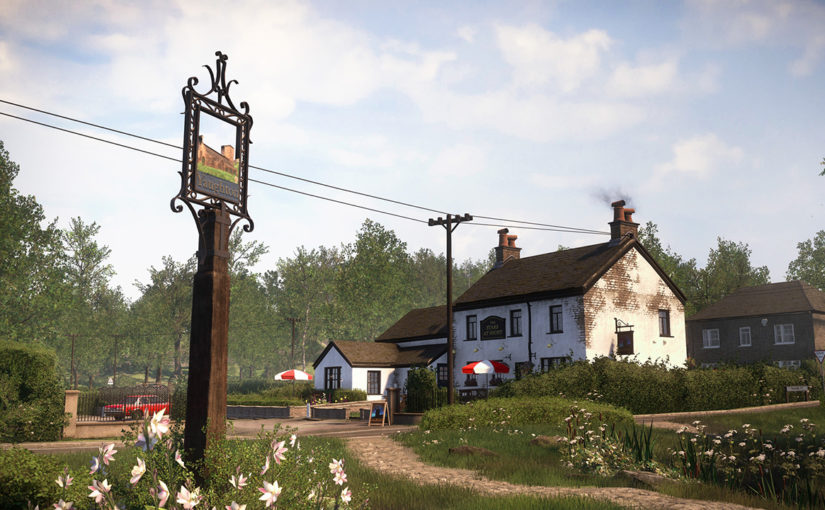 Andrew Kuhar: What lead you to explore the English countryside as the right home for this take on the end of the world?

Dan Pinchbeck: The other major idea behind Rapture was the collision of the epic and the intimate, and we drew a lot of inspiration from the ‘cosy catastrophe’ science-fiction of authors like John Wyndham, Christopher Priest, J.G. Ballard and John Christopher. There’s a very definite Englishness about this work that felt just absolutely right for Rapture. The combination of a sleepy, idyllic English village with this apocalyptic tale just felt like it would get that sense so absolutely.

At the end of each character’s story, we get the rather harrowing opportunity to witness the emotional arc of their final moments. Yet, these set pieces are presented in one of the game’s most memorable aesthetics. How did these moments come together and what inspired them?

Often it’s not a lightbulb moment, but a gentle process of things. We really wanted to capture that magic and majesty of the stars in the skybox, to have that silent, beautiful sweep across the world. With Rapture, the emotional punch comes from that mix of big and small — we’ve talked a lot about the epic and the intimate — so we wanted to have a moment where those really small private moments of connection between people, or something as intimate and extraordinary as someone’s death, were played off against this huge sweeping cosmos and beauty of the drifting lights, to really set it in this magical context. I’m a huge Carl Sagan fan, and he often talked about how the more he understood just how extraordinary and vast the universe is, the most privileged he felt to be alive. We really wanted to make that statement in those moments.